Over-55 homeowners underestimate property wealth by £90,000

Three in five older homeowners (60%) have not had their house valued since they first bought it almost 18 years ago, according to new research by the Equity Release Council (The Council).  It leaves many over-55s with far greater housing wealth than they realise, which could be used in later life to help fund a more comfortable retirement.

This equates to an overall house price rise of 156%, leaving them with an extra £156,828 of equity even before mortgage repayments are accounted for. This figure alone is more than six times the average single DC pension pot at retirement (£25,000)¹ and almost three times the average amount used to buy an annuity (£55,750).²

However, The Council’s analysis suggests even this may underestimate the individual housing wealth held by over-55s. According to the Office for National Statistics (ONS), the average UK house price has risen by 244% over the last 17 years and 10 months.

By examining market trends, The Council’s research suggests people’s tendency to misjudge their housing wealth may be linked to low awareness of how price rises have affected the property market in the region where they live. Even those who have had their property valued since first buying it did so four and a half years ago on average.

Across the UK, over-55s think house prices in their region have increased by an average of 4.4% in the last year, compared to an actual rise of 6.1% (ONS). Homeowners in eight out of 12 UK regions underestimate the scale of regional house price growth in the last 12 months.

Comparing their estimates to reported house price rises over the last five years, the average regional house price rise of 23.5% (ONS) is more than twice the 11.4% estimated by over-55s, with nine out of 12 regions underestimating how far prices have risen.

Over the last decade, over-55s estimate that house prices in their region have risen by an average of 21.8% compared to an actual rise of 42.8% (ONS). Homeowners in every region, except the East Midlands, underestimate regional house price growth in the last ten years.

Asked to consider the role of pension savings and property wealth in funding later life, The Council’s research suggests four in five (80%) homeowners aged 55+ would consider using housing wealth to get the most from their retirement.

This leaves 11% who want guidance or advice on the best option for them, while 19% say they do not care which approach they take so long as it gives them the best outcome. The remaining 20% feel the best outcome for their retirement will rely solely on pension savings.

More than one in three homeowners aged 55+ (38%) think unlocking money from the value of their home is likely to benefit them financially in later life, while another 29% are unsure.

Among those who would consider using their housing wealth to help pay for retirement, downsizing is the main preference (42%). However, almost one in four (22%) would prefer to stay in their current home and use a lifetime mortgage to release some equity. The remaining 36% – more than one in three – are open to either option based on their circumstances.

Asked what concerns them about making financial decisions in retirement, almost one in four (22%) are worried about not understanding their options and missing out on something that might benefit them.

“It is no secret that the property market has been kind to many homeowners, but it is remarkable to see how far people underestimate the potential size of their housing wealth, which puts the average pension pot in the shade.

“At a time when savings are scarce and retirees face an uncertain financial future with the end of generous final salary pensions, these findings prove just how important it is that property wealth plays a role in financial planning for later life. They also show a large number of people are looking for help to decide how using their savings, using equity release or downsizing can work best to meet their individual needs.

“It is vital the Government acts on the Treasury Select Committee’s recommendation to include housing wealth within its pensions guidance service. It must also work with industry and regulators to improve access to advice, so people can consider all the options open to them in retirement and choose the one best suited to their circumstances.”

Research conducted by Atomik Research in November 2015 among a representative sample of 2,000 over-55 homeowners across the UK.

¹ The average defined contribution pension pot size at retirement is £25,000 according to 2013/14 data from The Pensions Regulator

The Equity Release Council is the industry body for the equity release sector. Built on the legacy of Safe Home Income Plans (SHIP), The Council represents over 400 members; namely, providers, qualified financial advisers, solicitors, surveyors, intermediaries and other industry professionals – each committed to The Council’s Statement of Principles that aims to ensure consumer protections and safeguards. In addition, The Council works to boost consumer knowledge and increase awareness of equity release as a solution to financial challenges facing people over the age of 55 across the UK. 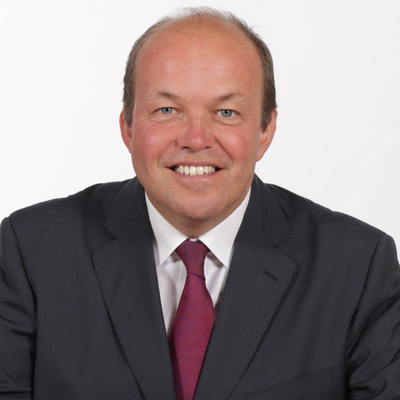 END_OF_DOCUMENT_TOKEN_TO_BE_REPLACED

Proposals for a new ‘consumer duty’ which will set a…

END_OF_DOCUMENT_TOKEN_TO_BE_REPLACED

Members of the Equity Release Council have voted for stability…