Homeownership trumps renting by £326,000 but 54% who are yet to buy think it’s “unrealistic” they ever will

Today’s homebuyers could end up £326,000 wealthier over a 30-year period than people who rent, without even considering potential house price growth, according to a new report by the Equity Release Council.

The report – Home advantage: intergenerational perspectives on property wealth in later life – examines 10 trends(1) that have altered the financial landscape for pensions and homeownership over the past three decades.

It highlights how the benefits of homeownership are set to become even more critical to people’s financial security and wellbeing in later life, but also warns of lifelong inequality for those who are unable to get onto the property ladder.

While many homeowners believe having a mortgage is becoming more acceptable in later life and are interested in unlocking cash from their home as they age, the report found more than half (54%) of people who have not yet bought a home think it is “unrealistic” they ever will.

Low interest rates reduce the cost of building property wealth The Council report explores the experiences and outlook of multiple generations, with a focus on people in their sixties nearing retirement and those in their thirties with most of their working lives still ahead.

The analysis shows continuing low interest rates and investment returns will make it very challenging for future retirees to build an adequate income, as people face more individual responsibility to save for longer lives in a less secure job environment.

For every £1,000 the average employee earns in their final salary before retiring, they can expect just £150 from a defined contribution (DC) pension compared with £670 from a defined benefit (DB) scheme.

At the same time, today’s low interest rates make homeownership more affordable than renting for anyone who can fund a deposit.

The typical homeowner can gain a financial advantage of £326,214 over thirty years compared with renting by making lower monthly payments and building up their housing equity, even before any potential house price gains are factored in(2).

Acceptability of later life loans on the rise One in three homeowners (32%) see their mortgage as being like an investment in their future because they are building up an asset over time.

Nearly half (48%) of those with an existing loan also say they can save more because their payments are cheaper than renting.

The report underlines how homeownership underpins greater financial security in later life, by building an asset that can be realised through downsizing, using a lifetime or retirement mortgage or a combination of both.

More than two in three (68%) homeowners say they feel confident about their financial future, compared with just 45% of adults who do not own their own home. The majority (59%) of people in their thirties feel their retirement prospects will be better if they are homeowners.

Two in five homeowners (40%) also believe it is becoming more acceptable to have a mortgage in later life, while significantly more (57%) are interested in accessing money from the value of their home as they age.

This includes nearly three in four (74%) homeowners in their thirties.

David Burrowes, Chair of the Equity Release Council, says: “Property and pensions form the bedrock of financial security for most people, but the rules of engagement have changed substantially over the last 30 years.

“People today are living and working longer with responsibility to fund their later years and will need to think differently about their financial decisions at different life stages.

“For people who manage to buy their own home during their working lives, the extra confidence and flexibility this provides will be even more critical to their financial wellbeing than it is today.

“While today’s homebuyers are borrowing larger sums for longer, they are also building considerable equity which can help meet future needs for themselves and their families.

“Perceptions of debt in later life are changing, and property wealth is transitioning from having been the ‘emergency fund’ to an enabler of life ambitions and financial goals.

Financial education and access to homeownership need addressing The Council’s report shows how future generations are increasingly likely to look to property wealth as a component of retirement planning and calls for greater education about the options and the benefits of doing so.

It calls for further product development to reflect changing consumer needs, and also highlights the role of gifting via equity release in transferring property wealth between generations.

Two in five (41%) people in their thirties have or expect to receive an inheritance in the form of property or money from property. However, many do not expect to receive this until their mid40s to 60s, significantly later than the typical first-time buyer age.

The report also calls for Government to follow up on its pledge to “help Generation Rent become Generation Buy” with plans to address the fact that 54% of people who are not yet homeowners feel this goal is “unrealistic”.

This includes nearly half (49%) in their thirties and, across England alone, is equivalent to 4.5m households in the private and social renting sectors(2).

Jim Boyd, CEO of the Equity Release Council, says: “Hopes that younger generations will enjoy greater opportunities over longer lives in good health compared to their parents must be balanced by significantly more complicated financial decisions they face, driven by the realities of elevated property prices and the decline of generous pensions schemes.

“The long-term impact of Covid-19, which has amplified social trends and tensions including perceptions of intergenerational inequality, is just one factor that will shape people’s financial experiences over the next 30 years.

“Our report anticipates that people who are able to access homeownership during their working lives will not only benefit by over £300,000 compared to renters, but their ability to unlock property wealth will become even more important to their prospects of financial wellbeing in later life.

“This trend places significant responsibility on industry, regulators and government to support and enable safe access to property wealth, while also addressing the barriers to homeownership that risk exacerbating social division and fair outcomes across generations.”

END_OF_DOCUMENT_TOKEN_TO_BE_REPLACED 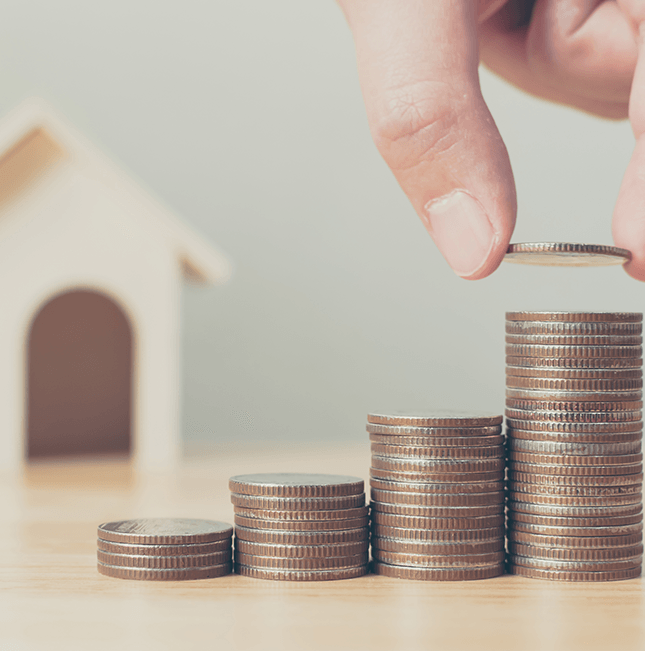