Equity release lending increases by more than a quarter in Q3

The total value of equity release lending grew by more than a quarter (26%) year-on-year to a new record high of £571.6m in the third quarter of 2016, according to the latest figures from the Equity Release Council (The Council).[1]

Lump sum lifetime mortgages – which are often used for one-off payments such as clearing outstanding mortgages or other debts in addition to funding home improvements, travel or providing a living inheritance[2]  – proved popular in Q3, with market share increasing from 33% of new plans in Q2 to 37%. The 2,773 new plans agreed was an increase of 26% from Q2 to the highest number since Q4 2008.

Overall, drawdown lifetime mortgages accounted for 62% of new plans in Q3 – the smallest market share since Q4 2010.  However, drawdown plans – which provide customers with the option to release housing wealth in a number of instalments and can help meet smaller costs or boost retirement income over a period of time – remain the most popular category, with home reversions continuing to represent a small (>1%) part of the market.

The 4,632 new drawdown plans taken out in Q3 2016 was the highest number seen since this type of product appeared on the market. This is also an increase of 4% from the previous quarter and 21% year on year.

“Coming 25 years after the first industry Standards were introduced for equity release, these record lending figures  further highlight the appeal of using housing wealth as part of the solution to funding later life.

“Product innovation has played a huge role in the growing appeal of equity release to a range of customers, including the growing number of homeowners with interest-only mortgages due for repayment. The range of features available now give people the option to choose inheritance protection, downsizing protection, monthly interest repayments or voluntary capital repayments when they opt for a lifetime mortgage. At the same time, customers automatically receive three layers of protection encompassing regulated financial advice, clear product standards and independent face-to-face legal guidance.

“Increased competition and new entrants to the market have helped to lower the costs of equity release dramatically in recent years, making it even more attractive to customers. Indeed, average equity release interest rates fell further than any other category of mortgage product during the first half of 2016[3] with independent research showing customers have never been better served in terms of products and rates[4]. Looking ahead, The Council will continue to work with regulators, government and industry to promote the sector and its role in supporting an ageing population.”

¹ Lending by members of the Equity Release Council accounts for approximately 95% of all equity release lending in the UK.

² A living inheritance is when money is passed on while you are alive, rather than bequeathing it in a will.

The Equity Release Council is the industry body for the equity release sector, which represents over 400 members including providers, qualified financial advisers, solicitors, surveyors and other industry professionals.

It works to ensure a safe equity release market for consumers, by operating rigorous Standards for the provision of advice and products which guarantee security of tenure and financial protections. 2016 marks the 25th anniversary since the first industry Standards were created for equity release in 1991. Since then, nearly 370,000 consumers have taken out an equity release plan from Council members, drawing on almost £18bn of housing wealth.

The Council also works with consumers, industry and policy makers to improve awareness and understanding of equity release and the potential for housing wealth to help solve many of the financial challenges facing people over the age of 55 across the UK.

END_OF_DOCUMENT_TOKEN_TO_BE_REPLACED 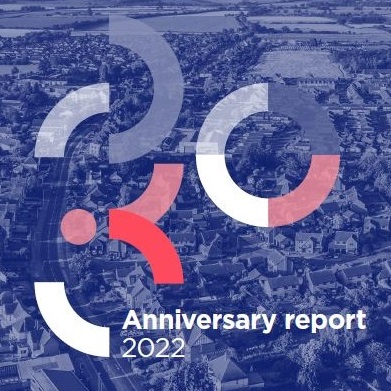 Right to make repayments marks 30 years of standards for Council

Click here to read the report in full New equity…